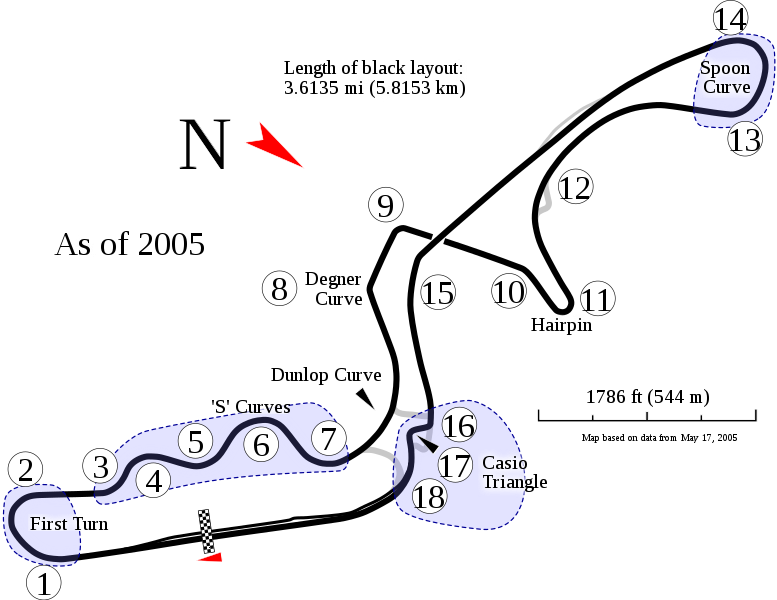 
Don't forget to place your predictions

Be nice to see Vettel wrap up a fully deserved title. Hope we get a great race.
F1Zone.net News
Top


Prost onboard 1990 with commentary


Senna 1989 onboard with commentary from James Hunt

hopefully Vettel can win the third time in a row there. I would like to hear the team radio after the race, when he celebrates his title

I'd seriously laugh if Vettel won the title by retiring and Button not winning
F1Zone.net News
Top

Good to see Suzuka back as the Japanese GP. Vettel will win it no doubt about that, the high speed corners will really suit his car.
Top

Vettel will win there I think, dreading what he'll say on the radio
Top

NewF1Boy wrote:Good to see Suzuka back as the Japanese GP.

Eric_Cartman wrote:I would like to hear the team radio after the race, when he celebrates his title

hamilton10000 wrote:then after the race he will go mental

EdC84 wrote:dreading what he'll say on the radio

NewF1Boy wrote:Good to see Suzuka back as the Japanese GP.

From this weekends forecast it looks like it's gonna be nice weather at Suzuka.
Top

does anyone know where the drs-zone is?
FC BAYERN 7 - BARCELONA 0
Top

Detection zone is just after 130R, the DRS zone will be the pit straight.
F1Zone.net News
Top

Unless the Red Bulls have problems, they'll pull out a 1-2 win with Vettel on top!

You should check our site in the future

Quick stats from Japan :
*Vettel has won from pole in Japan for the past two years.
*Schumacher is the only driver to have won three times in a row at Suzuka (2000-01-02).
*McLaren have won eight of the 26 grands prix held in Japan since 1976. Ferrari have won seven.
*No Japanese driver has ever won his home race.
*Sauber's Kamui Kobayashi is the sole Japanese driver on the current starting grid.
*The title was last won in Japan by Schumacher in 2003. Eleven championships have been decided in Japan.
Top
Locked
256 posts